How to Bet On Sports – Betting MLB Series Price Odds

A new week of sports betting this time of the year and right through the summer months means a brand new set of three-game matchups in Major League Baseball. In a sport where there are 30 teams playing a 162-game regular season schedule, there is an almost never-ending supply of betting action on a daily basis. However, some of the best value on the boards each Monday, Tuesday, Thursday and Friday are the series price odds that are based on a three-game, head-to-head matchup between two teams.

The betting odds that are posted for any upcoming MLB series weigh heavily on the three pitching matchups that have been set for each team’s starters over the next three games. These are always subject to change, so it is very important to make sure that the three matchups are pretty much set in stone before you place any MLB series price bet.

Other factors such as home field, current team form, bullpen health, umpire assignments etc. will also influence the series price odds, but the biggest factor is still any team’s starters over its upcoming three-game series. Also keep in mind, that if the two teams are playing an extended four-game series that week or weekend, only the results of the first three games will count for the actual series bet.

MLB teams often help the handicapping process for series price bets by following a set rotation for its starting pitchers. Most rotations go four or five deep in starters. This creates a somewhat predictable pattern that repeats itself every four or five games. This also creates the opportunity to see how any series should play out. If the Houston Astros as one of the top overall pitching teams in the Majors are starting at the top of their rotation in any three-game series, that is going to add some value to their series price odds. Even if you are dealing with a team further down the list when it comes to staff ERA, if its ace is schedule to pitch over the next three games, this adds value to the betting odds.

The trick is to analyze each pitching matchup for each game. Two top starters facing one another could cancel things out. Successfully betting a series comes down to finding one team that can win at least two of three games against another. The next part of the equation is to find the series price odds that minimize risk while maximizing value.

The AL East’s New York Yankees are the hottest team in baseball through the early part of the season, so it stands to reason that they will be heavy series favorites against quite a few teams they will face in their upcoming games. The AL West’s Oakland Athletics 4.5 games off the pace in that division race at 25-22, but they have posted a 7-3 record in their last 10 games aided by a four-game winning streak. Conversely, the NL West’s Arizona Diamondbacks still have a slight lead in the division race at 25-21 overall, but they have just lost their last four games as part of a 1-9 record over their last 10 games.

Home underdogs are always an intriguing proposition in a series price bet as long as their current form is in good shape. Once you have handicapped each of the three pitching matchups for its upcoming series, this should paint a better picture of how things might play out. You also want to make note if the visiting team is just starting a road trip or has it been on the road for its last series as well. Most teams play better in their home ballpark and extended road trips have a way of wearing any team down.

In the blink of an eye, the month of March went from one of the… 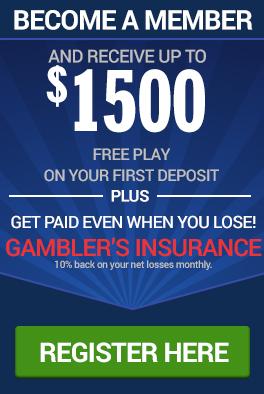